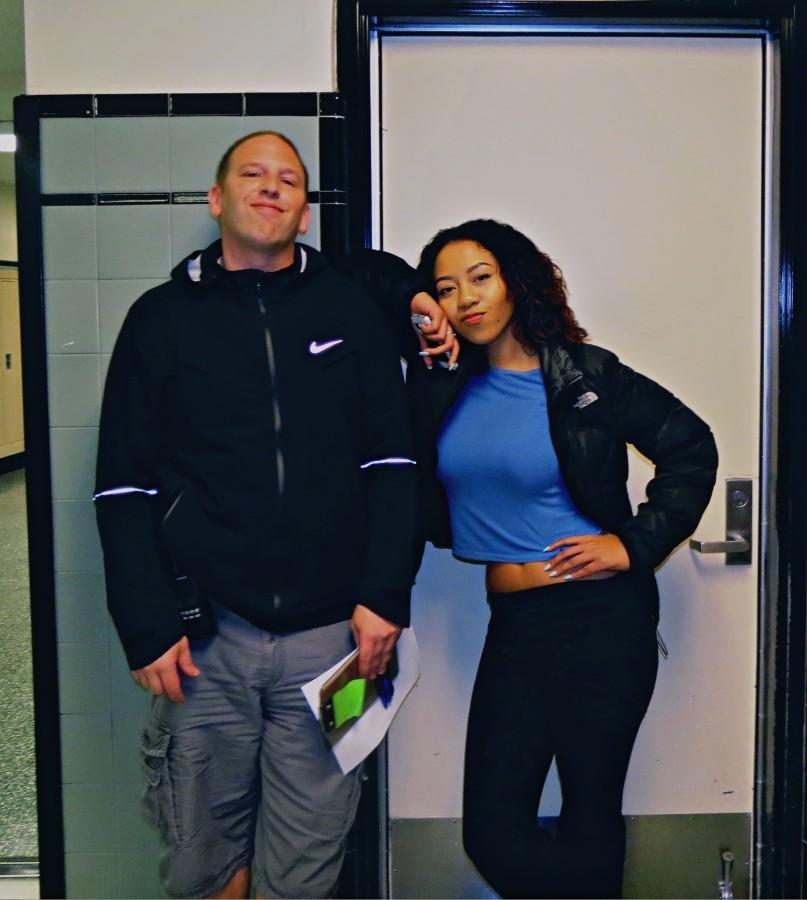 West is getting more strict about the new dress code this year, making it so students are not allowed wear revealing clothes and are much more serious on enforcing the hat policy.

Clothing that allows for indecent exposure is prohibited at West. For example: clothing that displays the abdomen/navel, midriff, chest, or that allows underwear to show i.e. sagging. Students are not allowed to wear clothing t-shirts or hats that displays obscenity, profanity, sexual innuendo- does; or pictures that promote or glamorize drugs, tobacco and alcohol or disrupts student learning.

Asia Pouncy is currently a senior at West High. “It is not important for me to follow. It’s so not necessary for them to try to tell me what I can and cannot wear,” she said. According to her, staff members are okay with the new dress code but students are not. She added, “I am not saying that we should wear bra and underwear to school but as far as my stomach showing, it shouldn’t matter or my shoulder.”

She also said the new dress code is more effective for guys and is only for girls. Girls don’t even care if the other girl is showing their skin. She also said, “hat Friday is stupid. If they are going to let us wear hats on Friday then they might as well let us wear hats every day.”

She also said that if she were in high school she would prefer uniforms because we can be creative with uniforms. “West is good, but East and Bartlett are little more relaxed about the dress code. In south students can wear any kind of hats all day along,” she said. According to her, at Service, Dimond, and West security is putting an effort to make students follow these new dress codes but at East they are more relaxed and okay with the dress code.

Stanley Engel is working as a security guard at West said it is not a new dress code, it has actually been in place for some years as our ASD school dress code. This is the first year that West actually posted signs around the school. According to him, the dress code is really working and has positive effects. “I think our hats policy is the policy that we have to enforce the most because everybody wants to wear hats and that’s the one most students don’t understand,” he said.

Guards catch 25-30 hats per week after warnings and sometimes 25-30 per day. He also said the hat Friday is a good policy because it gives students the opportunity to express themselves once in a week. He added, “Students should follow the dress code because this is no different than a job. We are preparing students for life.” He said students are not happy about the dress code because they like to express themselves individually but it also prepares you for life and most students understand that.