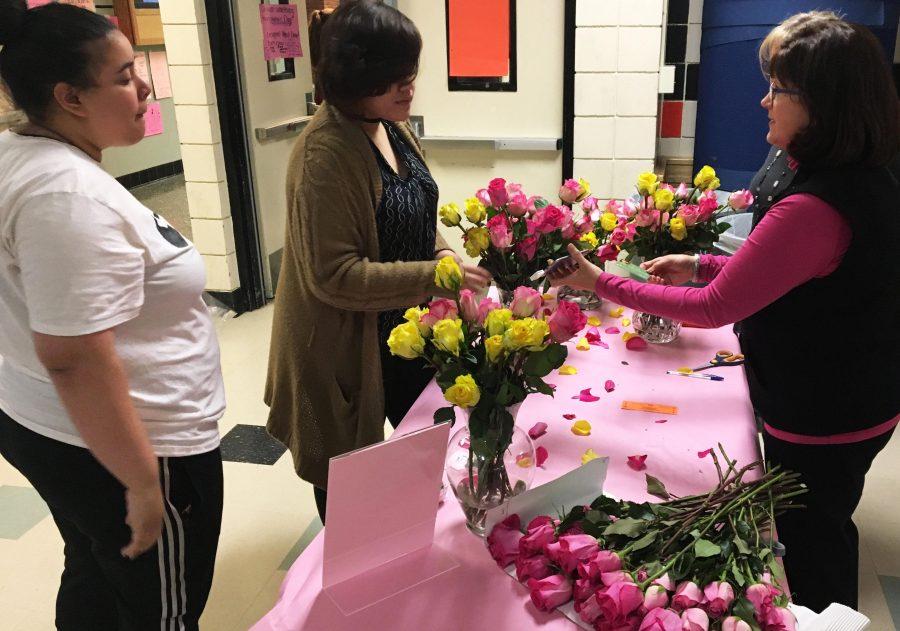 Valentine’s Day is about the three S’s: Singing, seduction and spaghetti. You could find two of those S’s at Mrs. Wibbenmeyer’s Valentine Spaghetti Feed performance, starring West Anchorage High School’s Choir. This event takes place every year but this is the first year it has actually fallen on Valentine’s Day.

But before that, let’s talk about the actual concert let’s talk about the third S, spaghetti. A spaghetti feed was held for the audience and choir members. And for dessert they had around five cakes, which was delicious. Especially to sophomore Bailey Grossman, who says that the food was “Very yummy and filled me up quick.” During the feed there were also a silent auction, which raised more than $1,000, according to Wibbenmeyer.

After everyone was well fed from the food and broke from spending money on the silent auctions, it was time for preparation. Left and right there were choir members running around trying to finish getting ready for their performances. 15 minutes before the concert began, Wibbenmeyer brought everyone together to do vocal checks making sure that everyone is ready.

Now let’s get to the favorite S of them all: singing. The concert itself was amazing. According to Sonya Gogo, a veteran choir member, “There is still areas for improvement, but in general we were great.” Grossman also adds that the singing was, “Nothing like I’ve ever had.”

Wibbenmeyer adds, “These students have such beautiful voices and I am fortunate that I had the opportunity to witness such talent.” There were a total of six songs being performed with an intermission separating the third song. There were a total of 315 tickets sold which is equal to $1,575.

In conclusion this year’s Valentine’s performance was phenomenal. Everyone enjoyed the food and the talent from Wibbenmeyer’s choir. Everyone should attend next year’s admission of this concert.